With so many beta releases coming in the near future, I have decided to install them to provide my readers screenshots. These articles will not contain much useful information regarding the release, but will give a brief overview of how the system looks. Yesterday, the first release pre-release version of

SimplyMEPIS 7.0 was announced. This is a prebeta release (alpha to many users) meaning that this is still in major testing and should not be used for production machines requiring stability.

MEPIS has discontinued using Ubuntu binary packages in favor of a combination of MEPIS packaged binaries based on Debian and Ubuntu source code which is combined with a Debian Stable OS core and extra packages from Debian package pools.

Warren Woodford of MEPIS explains the change “By using the latest Debian and Ubuntu source code for building user applications, we can provide the best latest versions of the applications users want the most. And by building on top of a Debian Stable core, we can provide a release that has the the stability and long life that users want.”

Warren continues “Most Linux users are tired of having to reinstall every 6 months in order to have up-to-date applications. We expect that with this approach MEPIS can offer a superior user experience that will be incrementally upgradeable for 2 years without reinstallation of the OS.”

The prebeta includes a 2.6.22 kernel, Debian Etch core, KDE 3.5.7, Firefox 2.0.0.5, Thunderbird 2.0.0.4, and OpenOffice 2.2.1. This is an early release with many rough edges. In particular the splashy boot splash does not run reliably, some extra kernel drivers are not yet compiled for the new kernel, some gui components are not themed for MEPIS, and the prebeta has had very limited testing.

I have been playing with the system for the past few hours and have not had one hiccup when it comes to web-browsing, document creation, FTP, or mild system admin. While I have noticed very few differences, I look forward to seeing how this great system looks for the official 7.0 release expected later this year.

Feel free to check out my SimplyMEPIS 6.5 review or for those readers that just want to see some screenshots for this prebeta release follow the link! 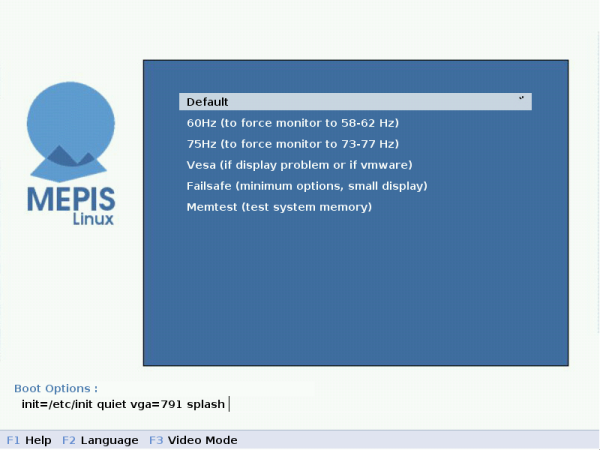 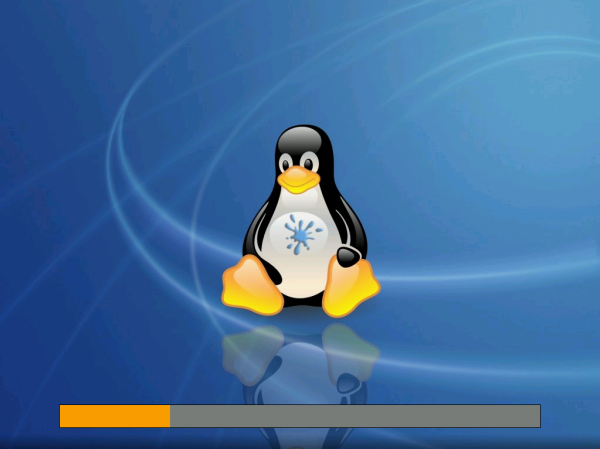 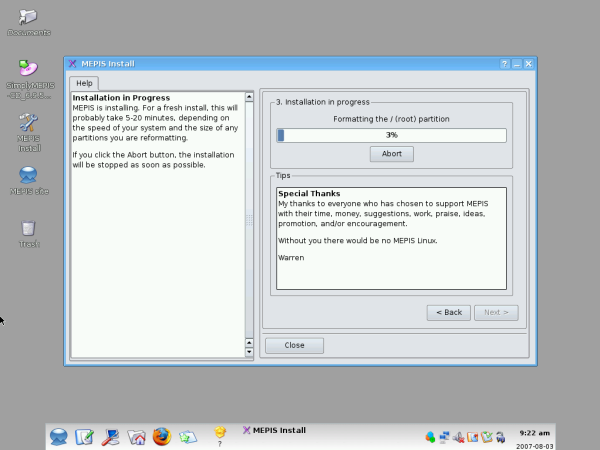 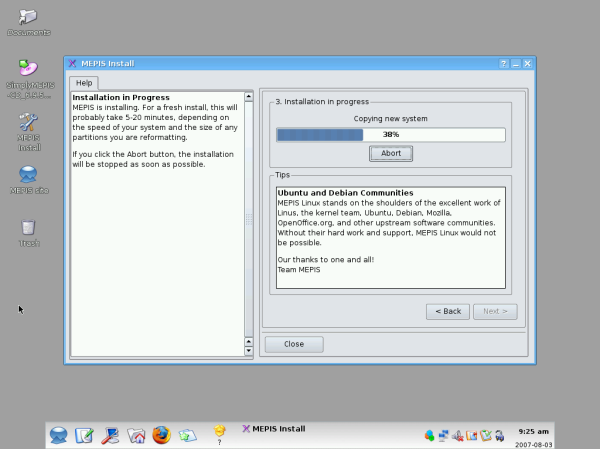 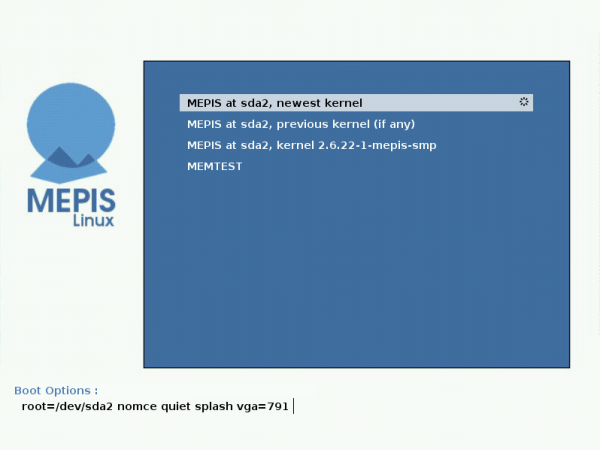 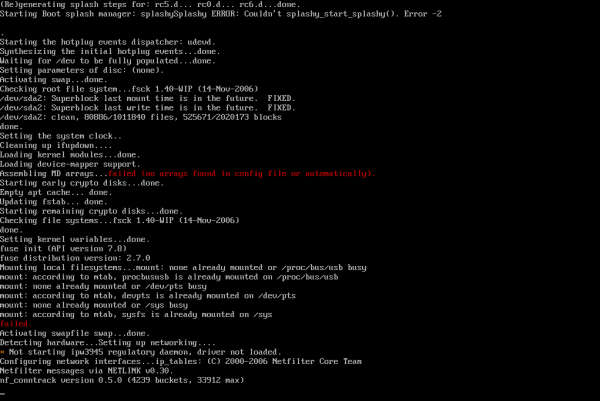 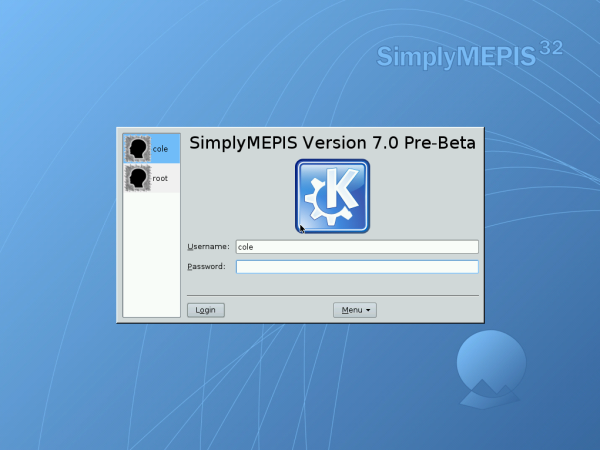 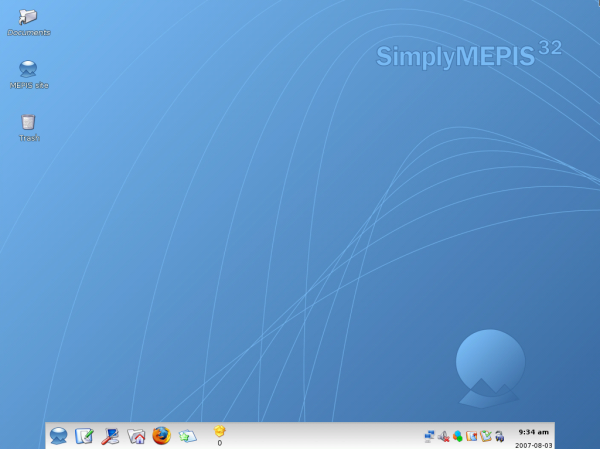 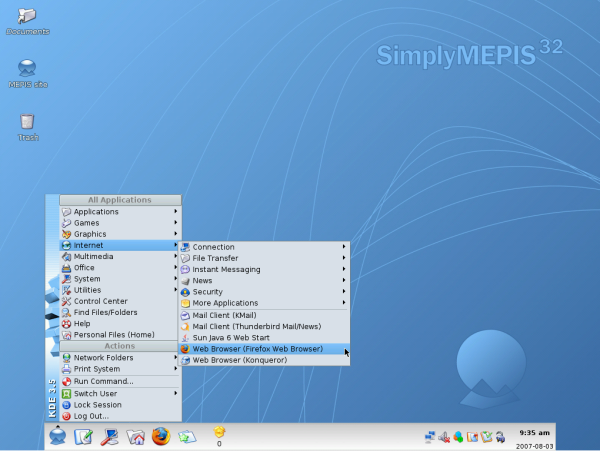 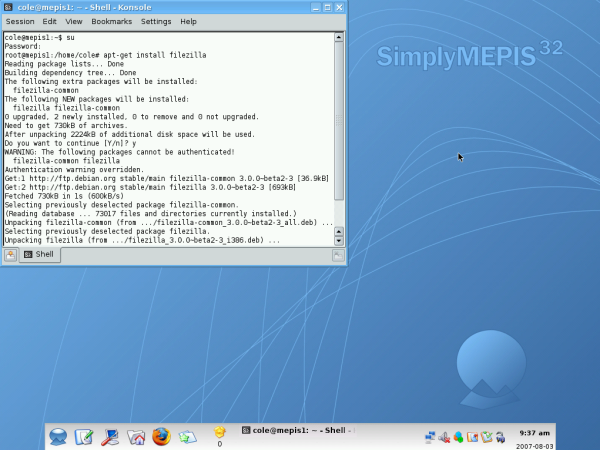 I briefly tried the 64 bits and it was remarkably functional for an alpha. I must say MEPIS 7 is promising to be a user’s dream. If you are like me, and actually rely on your system for professional use, the concept is really alluring. A stable base system that allows for long term support, together with incremental upgradeability of the main apps from the MEPIS pools PLUS the extensive repos of Debian and its backports available for whatever other application you can wish. That final version is definitely going to be on my harddisks.

Kudos to Warren for getting back to Debian, to show the world that a functional, stable and versatile true Debian distro does not need a millionaire’s backup. A well-maintained base and Warren’s craftsmanship are all it takes to build a superb distro!

SimplyMEPIS choice the best combination of choices for them. They want to fix their distro upon the Debian stable, but they don’t want to loose the Ubuntu sprint. This choice I think will give them a unique position between the others.

I currently use Ubuntu, but my top distro’s are
1) Ubuntu
2)Mepis
3)PCLinuxOS
4)Fedora

I would be using Mepis right now, but the repos are outdated. Since they are switching over to debian, im assuming this problem will go away, so I will look at Mepis 7 when it ships. One thing im sad to see is that they are still using the same icon set/theme.But its only an Alpha, and there is a long way to go ( there were 11 test releases before the current version of mepis released ! )

I have Mepis 6.5 on an old laptop and it works great. I have Ubuntu 7.04 on my main desktop but was thinking of going Mepis there too…

This is the first I’ve heard of 7.0 – great! I’ll DL tonight and try it out on my older standby system. Once 7.0 is stable and released (non alpha/beta), I think my main desktop will switch…